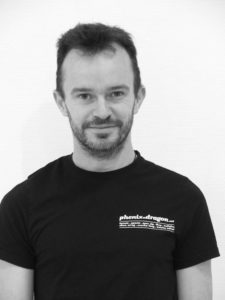 I’ve been practicing Martial Arts for about 20 years and it’s an important part of my life. I started when I was a kid with Judo in my hometown (Chilly-Mazarin), in France and continued with Nanbudo (a Karate style) at University in Paris, where I studied biology. It’s also at the University that I met my Kung Fu teacher Matteo Pepe-Espert and that I fell in love with Chinese Martial Arts. I began Kung Fu with Chang Quan and Shaolin basics, and continued with Tang Lang Quan (praying mantis boxing). With the EPHEDRA School in Paris I had the opportunity to study Taiji Quan (Yang style) and Qi Gong (Daoyin Yangsheng Gong). It is there that I started to teach Kung Fu, for both children and adults, and that I got my federation black belt. It is with Matteo and the instructors at EPHEDRA that I learned the Taiji Meihua Tang Lang Quan, the style that I am the most interested in. Trainings with Mario Mandra (Tana dei Dragoni School, Italy) complemented and improved my practice in Praying Mantis. Beside Martial Arts, I had the chance to study at Beijing Sports University, where I learned the fundamentals of the Lion Dance, a traditional Chinese dance in which performers mimic a lion’s movements. Today, I continue my training by participating in courses and seminars in France (EPHEDRA), Italy (Tana dei Dragoni) and China (Beijing Sports University). 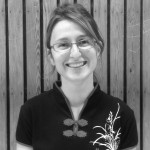 I was born in 1983 and I come from Romania.
I’ve been living in Oslo since 2008 and that’s where I started practicing Kung Fu and later Qi Gong and Taiji.
I started being an instructor in Kung Fu only this year but I look forward to several years to come. I feel that “teaching” is an excellent way to progress as it tests both how precise your practice is, but also your pedagogical skills.
When I am not training, I am working for the Research Council of Norway in the department for energy, resources and the environment. I work with public funding of research projects in the renewable energy sector. 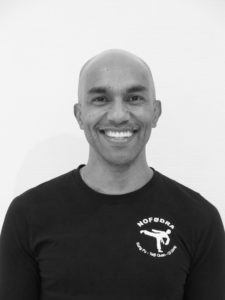 I was born on Reunion island in 1973 (how time flies…!), where I grew up and did all my schooling. As a teenager I found a passion: football that I practiced for over 15 years. After my military service I moved to Brive (France) to pursue a professional training as a chef, another passion that I already got in my blood since my childhood. This passion is my job for more than 17 years and it led me to Norway where I have been living since 2002. I discovered and adopted Kung Fu around 2010. I met some lovely people with whom I’m also sharing my passion at NOFØDRA by organizing cooking seminars at the beginning of each summer. 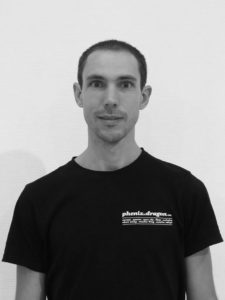 More than a Martial Art, Kung Fu is a way of living. I have been practicing it for several years in Nofodra (Oslo), where I became instructor in 2015. I enjoy the fighting spirit, as much as the esthetic and the control of your body that comes with the practice. In Kung Fu, everything is round, everything is ephemeral, and together with practicing Taiji Quan and Qi Gong, you obtain a perfect recipe to cross life with strength and softness, in good health! I have been living in Norway since 2009, and I enjoy the simplicity and the generosity of its life and people. 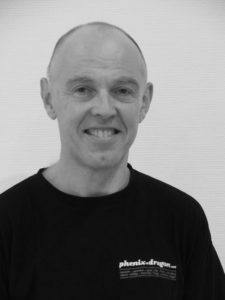 I have been practicing Martial Arts since my time at University, starting with Shotokan that is the largest style of karate. After that, I did practice Nanbudo before I did join Nofødra in 2013 practicing Kung Fu, Taiji and Qi Gong. The beauty of NOFØDRA is the holistic training combining mind, body, health and humor. This gives an overall positive energy, attitude and power that influence your life. NOFØDRA is based on sharing, and working together, hence becoming an instructor was a natural step for me. I am born and raised in Norway, so a natural support to the Chinese Martial Arts training – is skiing, bicycling and hiking in the forest.